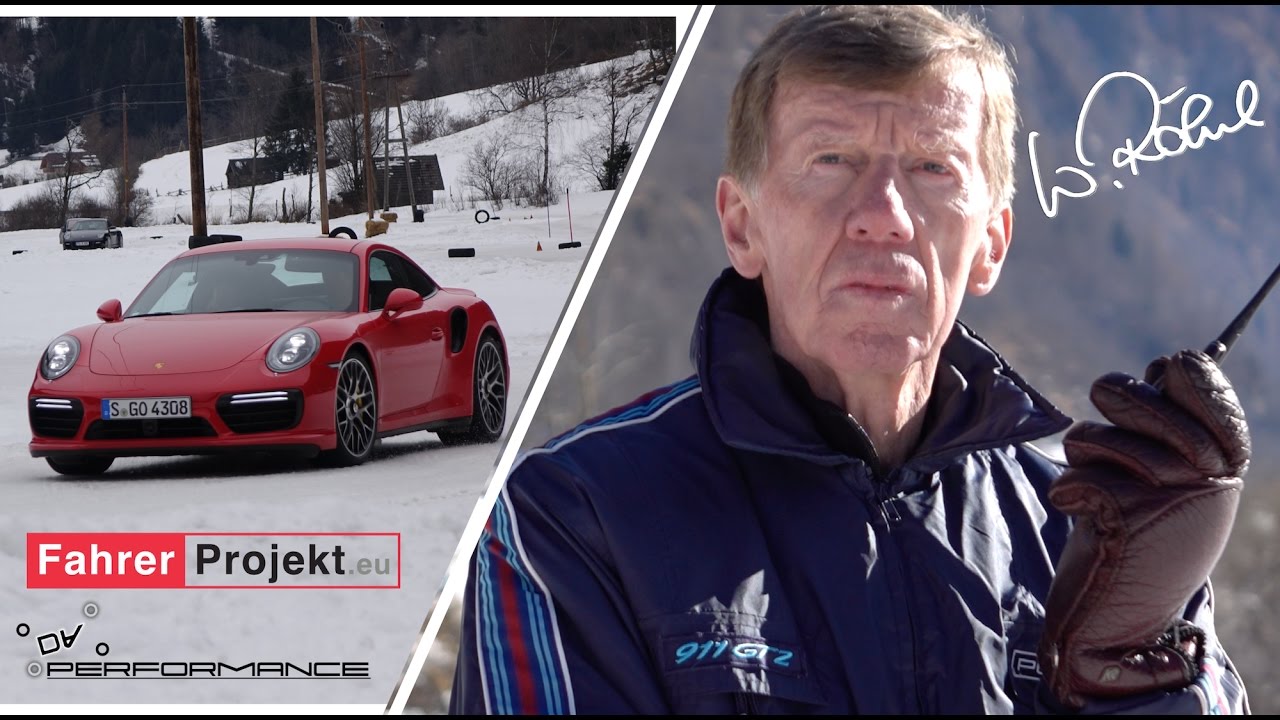 Messing around with Mattias Ekström. Röhrl has enjoyed a long alliance with Porsche, and the German company still calls on the year-old to put its cars through their paces.

I don't know if I'll join, but I would like to see standard shift stay alive for those who would learn to love it, or already do. To me, driving an automatic is boring, my mind wanders.

With a stick, you meaning me tend to pay more attention to the road, and you "participate" in translating revs into motion.

Maybe it figures why I prefer a tiller to a wheel. Thinking back, I don't believe I've ever owned an automatic-- if i remember it correctly, it's been VW beetle, then Peugeot , then Fiat, then VW Rabbit, then Camry, then Honda Accord, then Corolla, and now and it took some searching with dealerships a new Nissan Versa with a stick.

Surprisingly nice little car for the price, and the Versa is a newer model than the semi-dorky previous iterations, looks more like a junior Altima now.

Subcompact econoboxes aren't that powerful, so stick makes driving more interesting. All "standard", obviously. The Indian had a treadle-type "suicide" clutch, and a tank-shifter, three speeds.

My wife has had a couple of automatics, but mostly sticks first car was an MGB she shared with her sister , and more recently, for a while had an Acura RSX-S type, also known as "cheap speed", what a rocket, til it died in a flood New Orleans, it happens , I almost cried.

Our kid is also pure stick, at least so far. Bless them both. Brakes failed? In Europe, Central America, and I don't know where else, stick is mostly what they have anyway.

The valet at a Houston hotel, from Mexico, came back with the keys and a big smile, "stick shift!! Okay, the bad, it'll be harder to sell used, but I usually keep a car a long time so not that much a disadvantage.

My wife has a Saab with manual transmission, and we both love to drive it. Fortunately, it's still going strong, as there are just not any sporty manuals left they are all toggle or paddle when not automatic.

That is a great way to learn about clutches and shifting. Ellen de Generes said it right. I had a 73 Chevy van to tow my Star back in the 80's and that was the only automatic I have owned.

My 70 Ghia was an auto stick, but I have since dropped a 4 speed in it, much more fun to drive. There is a facebook page I believe something like save our 4 speed or something like that.

A pointless cult. Not only was it right hand drive but a 4 speed too. Since I am left handed and still drove a stick I was elected driver.

Took a while to get adjusted to keep left, but the shifting was no problem. I had to rent a truck on the weekend, an up trim Ram. I had to look in the book to open the fucking gas door!

When I go to work, I leave my car unlocked with the keys in it. Do I worry? Millennial anti-theft device. Ditto with the house When I sold my first house, went through the closing.

Gave them a random key I had laying around. No idea what it went to, but never heard anything about it so I guess they figured it out. My kid learned stick on a 98 honda, just gave that to a needy fam I am gonna be Have a stick I.

Love it. WIth the CPU controlling everything now anyway, why would you want to get less performance from a heavier system and why on earth would you want a human to control said system when 1 fuck up will throw all the tolerances off.

And that Clutch. Just another thing that will break and have to be replace in 50K mi. No shit to break YMMV. Well, Change aint a coming..

What kills me is the car companies charge extra for the auto while the manuals cost them so much more to make. My GF has a Beetle with a manual so I get my fix in often enough.

I took my driving test in a manual. She actually did pretty well. I started her off with just the pedals and me shifting left handed.

When she went back to her mom's and got put in drivers ed, all they had were automatics and she never picked the stick back up again.

I grew up in VWs. My first car was a BMW tii with a manual. I wish I could drop a manual in my XK8. Both are a blast to drive.

Your note resonates. I live somewhere that I can and have left the garage door open overnight with some good stuff there. No issue. I regularly leave doors unlocked.

All locks do is keep honest people honest. My brother when his car wouldn't start would leave his keys in the ignition hoping that the thief would get it running and the cops would then find it.

And I own a fucking BMW, So I know the system. Missus BB and elder daughter are all stick shifters! I was going to have to switch, when a bulging arthritic great toe was giving me some pain when using the stiff clutch in the WRX, but since I got a stretchy New Balance shoe, it is much better, and no discomfort when shifting anymore.

Daughter is about to trade her manual Jetta for a new one and both our cars and our truck are manual. I might have to join that club, just to get that sticker!

I was a Real Estate Broker nearly 30 years in a beautiful, semi-rural area between the lower CT River, and Long Island Sound.

There were countless closings where the Sellers did not have keys any more, because they never locked their homes!! I do lock the cars, since there is stuff to steal in them, like the radar-lidar detector on the dash of the WRX.

And we lock the house when we are out of town. This was a quite wooded dead end street on 2 acre lots. Cops said more than a couple had been lifted that night in the overall area.

Occasionally crooks from New Haven or Hartford will hit the area. Never had a problem switching for LHD to RHD, or driving on the left.

First time was summer of when I was living on Ex-Tenacious, War Baby owned by Warren Brown and docked at RBYC. Then much later when we visited England, then Ireland, and Scotland.

I think about it time to time, especially now with a rapidly escalating local drug epidemic. Where a state cop lives.

No harm, really, and I can live with that level of criminality. You hear about things, though, and they seem to inch closer every year.

My uncle has a Ferrari that is, unfortunately, an F1 transmission. Reminded me on my honeymoon trip from Germany to Scotland.